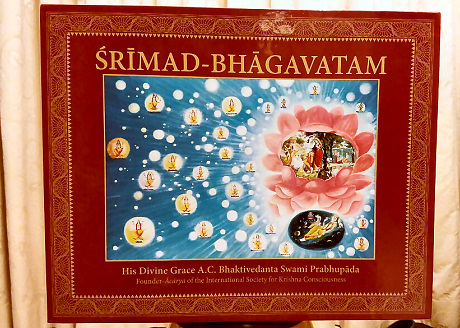 The Lies of BBT and Mood of Cooperation
By Jitarati Das

QUESTION
"Many devotee's are interested and talking about whats taking place If BBT and Jayadvaita were more flexible in the 1st place there would not have been any need for court case's."

ANSWER
"The 1998 case ended in the Mood of Cooperation article and genuine mutual agreement. If devotees are reminded of that mood that will have much better affect than my countering all the things they say.

I am quite concerned still because in the plaint submitted to the court and in this Dandavats article there is no truth whatsoever.  If the BBT is being run by people who can only speak lies constantly, how will Prabhupada's message get out and how will his mission go on? If they could speak the truth, we could come to an agreement within minutes. I feel that Krishna is using this case to start turning that situation around, so in that way, I am happy if I can do a little service in Krishna's plan.

The priority is to increase the distribution of Prabhupada's original books to purify the degraded Kali yuga atmosphere. BBT trustees are trying to stop that for commercial reasons, but Krishna's plan will be successful and hundreds of devotees will be enlivened again to distribute Prabhupada's books and actually be able to support their families also. BBT has successfully stifled all of that but their devious actions are coming to an end."

From the Mood of Cooperation 1998

"... they all gave up their adversarial positions in favor of spiritual cooperation to serve Srila Prabhupada."

"... It was this agreement that was then officially accepted by the court."

"Another part of the settlement is a liberal licensing arrangement that allows for cooperative publishing. Under this arrangement, Hansadutta Prabhu and the devotees working with him will form a company that can publish Srila Prabhupada's books in the editions published before 1978. These will be available for sale in markets where they won't directly compete with distribution by the BBT and by ISKCON temples."

The theme is "cooperation, not competition." The new company may also buy books from the BBT, or vice versa. Or the two may work together on joint projects.

Clearly, the devotees involved in this case were able to settle their differences only by treating one another respectfully, as spirit souls, servants of Srila Prabhupada. They had to focus together on strengthening and expanding--rather than weakening and limiting--the Krishna consciousness movement.

The resolution of this lawsuit, a case full of emotionally and spiritually charged issues, called for a great deal of personal, emotional and spiritual healing between the devotees involved. We hope that the spirit and example of this unique resolution can now become a model for resolving other controversies affecting the Hare Krsna movement and its devotees.

With the agreement of all the devotees directly involved: