- Someone Has Poisoned Me -
BY: NITYANANDA DAS 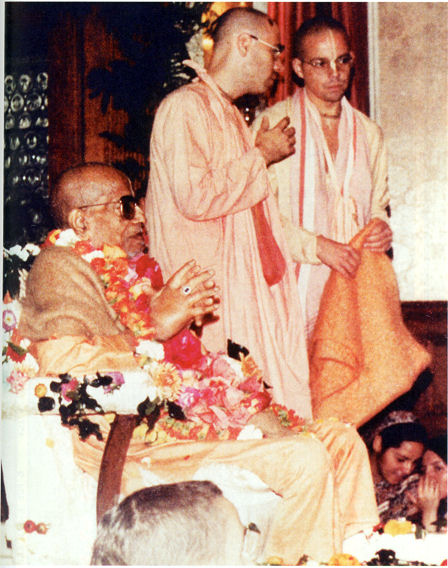 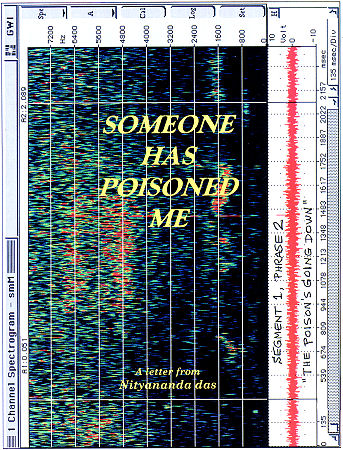 The Facts About Srila Prabhupada's Poisoning by Arsenic

"So as Krishna was attempted to be killed... And Lord Jesus Christ was killed.
So they may kill me also." (Srila Prabhupada, May 3, l976, Honolulu)
"my only request is , that at the last stage don't torture me, and put me to death"
(from SPC Vol. 36, November 3, 1977 tape recorded Room Conversation)

Srila Prabhupada left this mortal world on November 14, 1977.
But He lives forever in His instructions, and His followers will always live with Him.

"He reasons ill who tells that Vaishnavas die
While thou art living still in sound!
The Vaishnavas die to live, and living try
To spread the Holy Name around"
(Śrīla Bhaktivinoda Thākura)