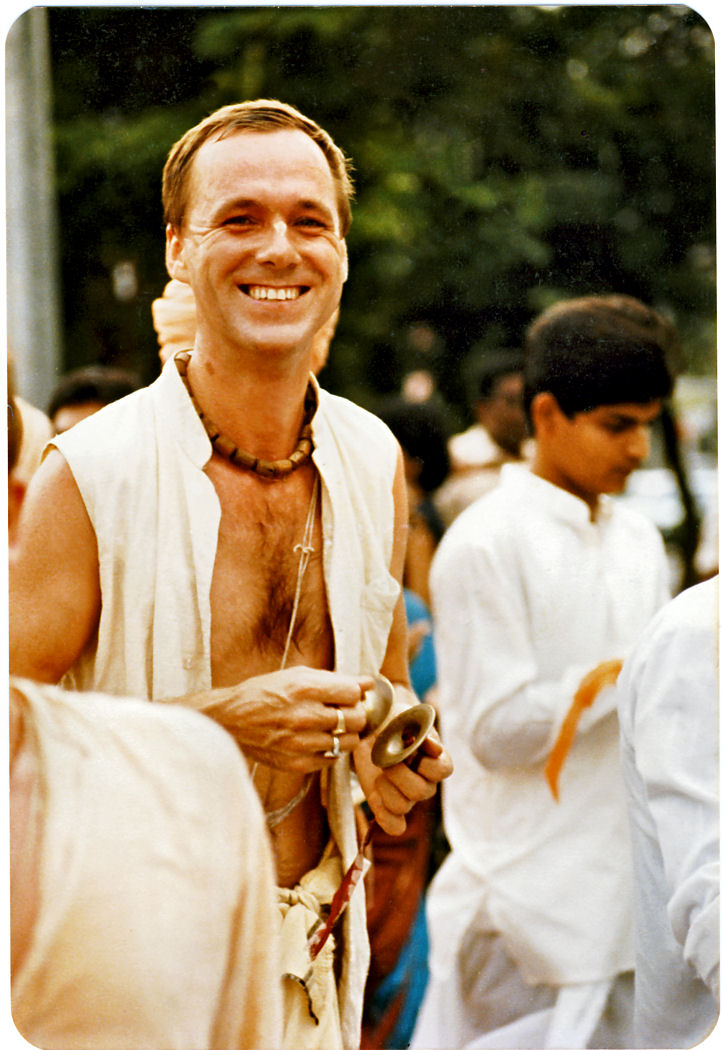 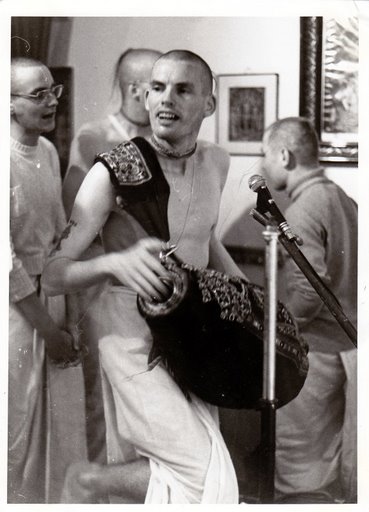 Dear Urdhvaga Prabhu, please accept my most humble obeisances. I know you are always my true friend, and I am very sorry that I hurt you so much over so many years. Please forgive me. I hope we will meet again soon and begin a new chapter of our friendship in the service of Prabhupada. Your humble servant and friend, Hansadutta dasa

The following letter written to a friend most correctly expresses my sincere, heartfelt regrets. I publish it herewith as a humble attempt to address and offer my sincere and humble apology to all the devotees worldwide. - Hansadutta dasa

Dear Urdhvaga Prabhu: Please accept my most humble obeisances. I received your letter dated 22 March 1993. I did not write, because before doing so, I wanted to fathom the actual depth and cause of my complete degradation and disgraceful behaviour after the disappearance of Srila Prabhupada, especially in connection with illegal assumption of the initiating zonal Guru Acharya activities in which I played such a destructive role.

Although I see everything in a sane, sober and proper perspective now, it has taken me more than 10 years of painful, anguished and repentant soul searching to understand my problem-a problem which to you and many sincere disciples of Prabhupada was obvious from the moment (and even before that) Prabhupada left this mortal world in 1977. Being completely overwhelmed with the fever of pratistha (desire for name and fame), obsessed with the ambition to be a guru, in short to be the lord and master of the devotees, I consequently became completely blind to the order of Srila Prabhupada, which he clearly expressed in his letter to the GBC and Temple Presidents, dated July 9,1977. In that letter he named 11 devotees and made it clear that they are to act as his rittvik representatives (deputies) for initiating new disciples on behalf of the Founder Acharya A.C. Bhaktivedanta Swami Prabhupada. Srila Prabhupada never sent any other directive, newsletter or written document thereafter indicating that any one of his disciples should be an acharya or guru in any way. His letter of July 9, 1977, naming 11 senior disciples or rittvik representatives stands alone as the only order Prabhupada ever issued before his disappearance (four months later) in November of that year, 1977.

For years since, falling down from the standard of devotional service, I have suffered grievously, knowing I caused the spiritual ruin of hundreds and thousands of sincere, aspiring devotees, whom I stole away (kidnapped) from Srila Prabhupada (the Founder Acharya) by presenting myself as a bona fide acharya, spiritual master, when in fact I was not even able to control my senses any more than an ordinary karmi.

Why has it taken me so long to write this frank and honest letter? Because the hankering and ravenous hunger for honour and prestige as a guru, acharya and holy man is so strong in my heart it is only in the last year that by the grace of Prabhupada and the attentive chanting of the Holy Name that the fever of pratistha has subsided to the point where I can clearly see and express myself in this regard honestly.

I am humbly prostrating myself before you, Urdhvaga, and all the devotees everywhere, especially those who were subjected to the unhappy relationship of accepting me as their Guru and thereby being completely broken in their faith and enthusiasm to perform devotional service.

I know that simply writing a letter of apology is not enough. I shall spend the rest of my life doing everything I can to re-establish Srila Prabhupada as the Founder Acharya and modern-day Vyasadeva of the Brahma Gauidya Vaishnava Sampradaya, as expressed in the enclosed paper, "Prabhupada, His Movement and You."

I suggest that those new devotees who have been erroneously initiated by ISKCON Gurus who like myself have fallen down or who present themselves as anything more than rittvik representatives of the Founder Acharya Srila Prabhupada, can be properly initiated once and for all simply by accepting Srila Prabhupada as their guru and sampradaya acharya by sitting in on a rittvik initiation performed by a devotee who is properly situated in the order of Srila Prabhupada, as per his July 9, 1977 letter authorising rittvik representatives to initiate on his behalf.

The bottom line is simply this: The senior disciples should have continued to do after the disappearance of Srila Prabhupada what they were already doing for years while Prabhupada was present-act as Srila Prabhupada's menial servants in the matter of initiations. They were rittviks while he was present, and they should have continued to be rittviks in his absence. Anything more than this is nothing more than the ambition to be guru, which is one of the two last traps of maya-the other being the desire to be Krishna.

That you have written me such a heartfelt, sincere and honest letter has helped me so much. Meanwhile, I have made connection with Yashodanandan, along with a number of other devotees who have helped me very much in my fallen condition. Their association gives me hope and strength that I may be able to do some service in the future to help rectify the deteriorated condition of Prabhupada's movement.

I know you are always my true friend, and I am very sorry that I hurt you so much over so many years. Please forgive me. I hope we will meet again soon and begin a new chapter of our friendship in the service of Prabhupada. Please forgive me. It has taken so long for me to come back down to earth.